First off - I just love to say vichyssoise (vi-shē-ˈswäz)! What is Vichyssoise? Simply, Vichyssoise is a classic French Potato Leek Soup that is similar to my vegan Potato Leek Soup Recipe, but it is served cold. Being that it is summer and cucumbers are in season, I have decided to create a little twist on Vichyssoise and make a cold cucumber soup! I tapped into my tastebud memories from when I was a kid, "slurping" on a cold cucumber soup. I remember a German version of Vichyssoise my mom made by cooking cucumbers, potatoes, onions and chicken broth. She would purée the contents, stir in cold sour cream and top the soup with dill. "Delicious" is what comes to mind so I knew I had to make a vegan version of it!

Without thinking further, I created my vegan version of Vichyssoise. It is a chilled potato cucumber soup that serves well as a light, refreshing soup on a hot summer day. Classic Vichyssoise is made with potatoes, leeks, chicken broth and cream. I make my chilled potato cumber soup with vegetable broth. I also add in just the right amount of potatoes to make it creamy, without adding dairy. If you want, add a little drop of vegan sour cream for additional flavor. It makes a pretty topping for the soup along with a sprinkling of chives!

How do I make Vichyssoise?

I love to make Vichyssoise Soup because it only requires 7 ingredients, one pot and a blender! It is super economical, and can be made in only 45 minutes. Just refrigerate it for about an hour and serve it chilled, topped with chives or dill. I usually make it in advance and serve it for dinner or as a lunch soup with a side salad. I especially like to serve it poolside as a refreshing appetizer, in a shot glass!

Vichyssoise made with potatoes, cucumber and chives is a vegan twist on a classic French soup that is served cold. It is a light & refreshing soup, great to "slurp" on a hot summer day!

*It also tastes good with non-diary milk added or topped with sour cream. 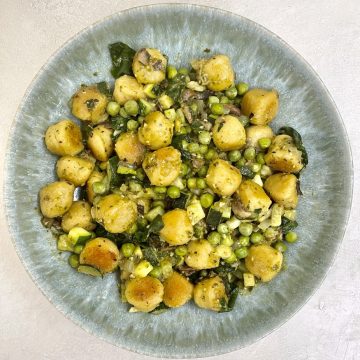 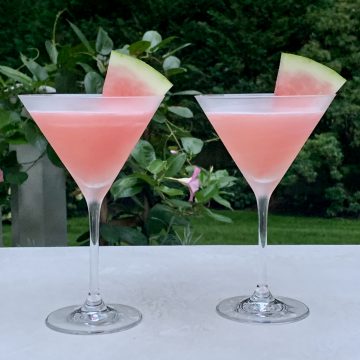 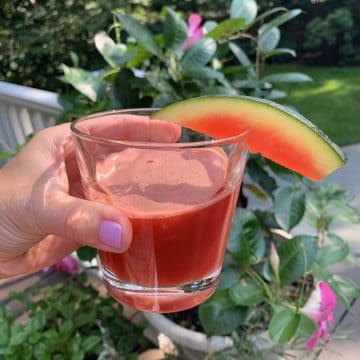 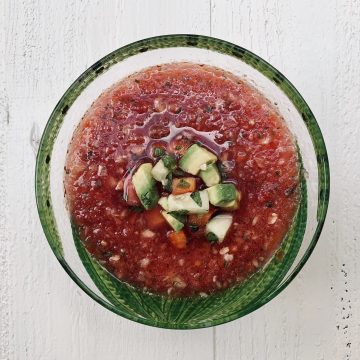 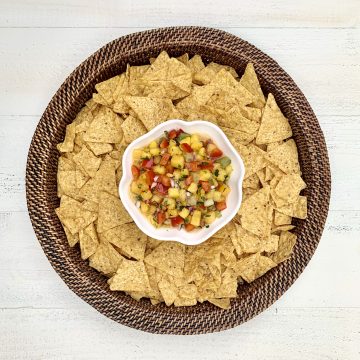 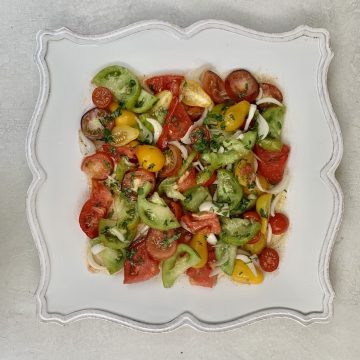 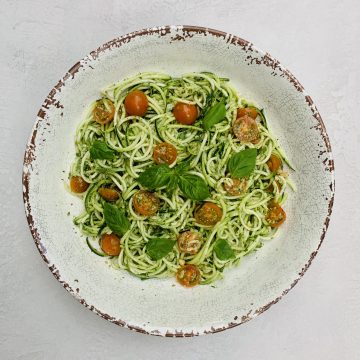 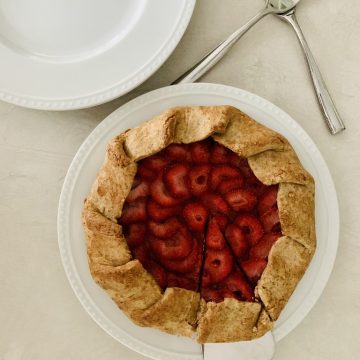 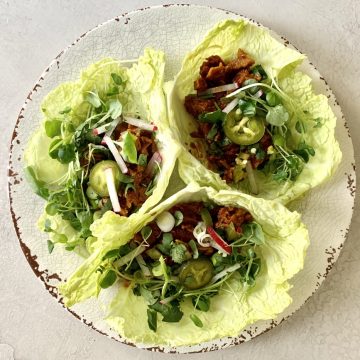