I love tomatoes & I love bread! Put the two together 🍅 & 🥖 and we have Panzanella Salad 😋!! This is one of the easiest salads to make and is always a big hit with my family or friends. There are many variations of this Panzanella Salad, but I decided to make this one a Gluten-Free Panzanella Salad. But, you can use whatever bread you like for this recipe. Preferably, firm & crusty so it can still hold together when soaking up the juice of the tomatoes. Yum!

Panzanella Salad, originated in Italy "panmolle" and is a Tuscan chopped salad of soaked stale bread, onions and tomatoes. It often includes cucumbers, sometimes basil and is dressed with olive oil and vinegar.

Do I have to use "stale" bread to make Panzanella?

Definitely not! I actually prefer to use fresh bread and then toast it in an oven. That way, the bread is still soft on the inside but crispy on the outside, which in my opinion, tastes so much better!

How long is Panzanella good for and what can I do with the leftovers?

If you want to make it ahead of time, prepare and mix all of the ingredients except for the bread. I like to eat it within a half hour of mixing the bread in. It soaks in just the right amount of the juices without become too mushy but some people enjoy it even hours later. I haven't tried this yet, but leftovers from the night before, can be blended in a food processor and probably be made into a delicious soup. I will give a link for that in the future, when I give it a try.

What other ingredients taste good in Panzanella Salad?

I have made many versions of Panzanella salad so here's your chance to get creative also. You can mix in any of the following:

Yes, Panzanella Salad can easily be a meal just by adding your favorite protein. My preference is to simply add garbanzo beans or to prepare a side protein such as a vegan sausage/burger. Of course - meat, poultry, seafood works also if you are not on a plant based diet!

I've waited all summer for the arrival of these organic, red & yellow juicy tomatoes from the CSA I belong to and they are finally here!!

This is a delicious gluten-free bread that is sold in most markets in the freezer section.

Cut your bread into cubes & toast in the oven until crispy.

3- Prep the rest of your salad ingredients!

Cut the red tomatoes into chunks.

Halve the cherry tomatoes, slice the red onions, chop the basil & garlic and mix all the ingredients together and you have Panzanella Salad!

This is a twist on the traditional Tuscan salad recipe, Panzanella Salad, but made with gluten-free bread that is toasted. 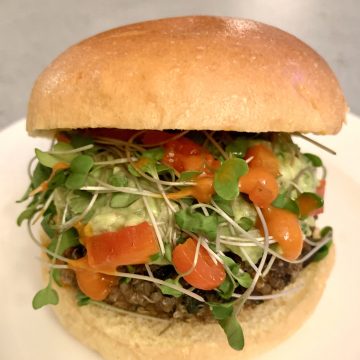 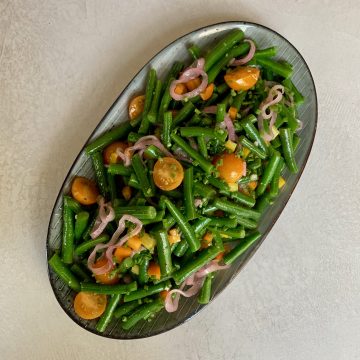 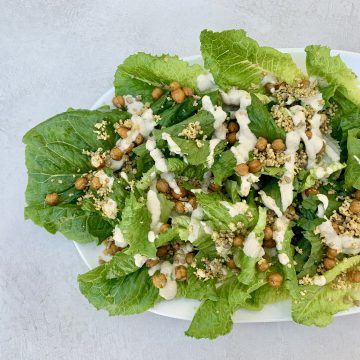 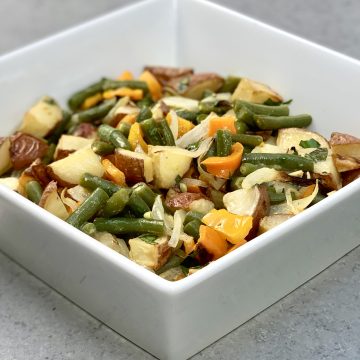 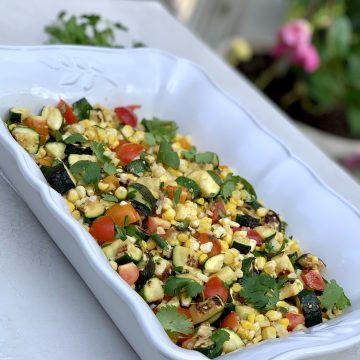 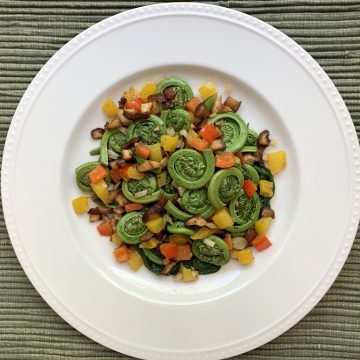 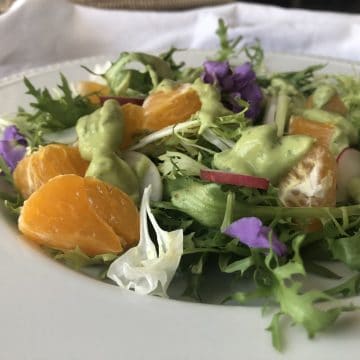